If God Was A Banker is a story about two management graduates (Sundeep and Swami) working their way up the corporate ladder. Sundeep from IIM Bangalore and Swami from IIM Ahmedabad met each other on their first day at the New York International Bank (NYB). Aditya, Head of Retail Banking for NYB in India hired both of them as they were the top minds of their respective institutes.

Both Sundeep and Swami had great intellect, but contrasting personalities.

Sundeep had no conscience and was everready to cross any limit for meeting his deadlines. Whereas, Swami would never compromise on his values, be it at the cost of falling behind in the race.

Sundeep, son of an Army Major and the winner of the Director’s Gold Medal for the best all-round performance at IIM-Bangalore was overconfident and dynamic.

On the contrary, Swami belonged to a very humble background. He lost his father very early and his mother had to work extremely hard to raise Swami and his sister. 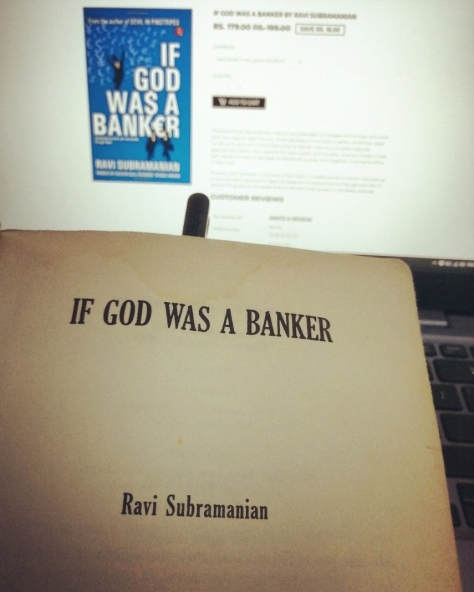 The story begins on a cold and dark winter morning in New York, where Sundeep is lying on his bed staring at the chandelier. He couldn’t sleep the entire night before as something had been bothering him. He had a meeting with the Group CEO of NYB the next day and the agenda was the poor and unethical conduct that Sundeep had shown over his time at NYB. The entire story unfolds as Sundeep ponders over his past while waiting for this meeting.

He goes back to the starting days, when he and Swami joined NYB together as management freshers and what led him to this current situation. He repents about how things could have gone differently.

It is a classic tale of what happens when success gets into one’s head. The book is very gripping and continuously shows us the difference between breaking rules and playing by the rules.

The book also throws plenty of light on the financial domain and corporate politics. Overall, If God Was A Banker is definitely a page-turner.

This site uses Akismet to reduce spam. Learn how your comment data is processed.